More than 5,000 people have taken their first step towards a positive future at Brisbane Airport after attending the BNE Careers Expo.

Organisations across BNE are currently recruiting for 2000 positions, with another 10000 positions available by the time the 2032 Olympics and Paralympic Games are held.

Forty airport employers participated, with companies struck by the number of people with qualifications, as well as those looking for a pathway into the industry.

“It is so awesome to see these large numbers of people coming out to look for a career in aviation. These were people with a goal, with a target to land a job in aviation and I totally understand that because these are the most exciting jobs in the world,” according to Brisbane Airport Corporation CEO, Gert-Jan de Graaff.

Brisbane based Alliance Airlines needs 100 new staff now and 400 in the coming year. Alliance has walked away from the event with a long list of skilled candidates. 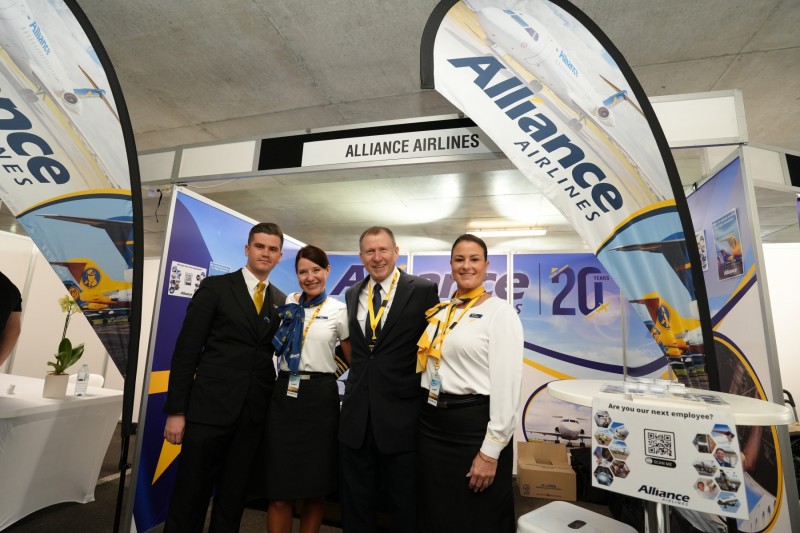 “Cabin crew, flight crew, pilots, lots of potential engineers. We’re ecstatic that we’ve participated. One of the things that I said to our CEO Scott McMillan, attending was one of the best decisions we’ve made,” says Rosanna Bruzzichessi, Chief People & Transformation Officer.

The expo was organised by the Executive General Manager of Human Resources for BAC, Jane Dionysius.

“I’m over the moon. It’s been an absolutely incredible event. Seeing the excitement for the industry, it makes everything worthwhile. We have people looking for roles in customer service, hospitality, we have a lot of engineers, professionals, the amount of accountants I’ve spoken to is amazing. It’s really every type of role possible. A lot people passionate about aviation just looking for an opportunity to get in.”

The Expo include a demonstration by Australian Border Force handler Mark, and his detector dog Hassen.

The event may be over, but potential employees can continue to monitor for new opportunities via bne.com.au/jobs

Mon Sep 26 , 2022
LONDON–(BUSINESS WIRE)–Adams Street Partners, LLC, a private markets investment firm with $50 billion in assets under management, announced the launch of its Private Credit platform in Europe with the appointment of James Charalambides as Partner & Head of the European Private Credit team. Mr. Charalambides will be responsible for leading […]