Devika Bulchandani, who will replace Andy Main as global chief executive officer (CEO) of Ogilvy, will be the first Indian-origin woman to occupy the corner office at one of the world’s top advertising agencies.


Indian men, on the other hand, have seen quicker elevations. This includes Ogilvy India chairman Piyush Pandey, who is chairman of global creative at Ogilvy, since last year. He was earlier global chief creative officer at Ogilvy before making way for Liz Taylor to take up the role last year.


Prasoon Joshi is chairman of McCann World Group India as well as Asia Pacific chairman of the agency. He became APAC chairman in 2014.


Yet, the tide is slowly turning, with women in general now helming some of the world’s leading ad agencies.


Wendy Clark, for instance, is the global CEO of ad agency Dentsu. Solange Claudio is the president and COO of media agency Zenith | Moxie | MRY, while Cara Scharf is the president of US-based Fearless Media.


In India, Anupriya Acharya is the CEO of Publicis Groupe in South Asia, the only woman to have a holding company mandate from India in the region. Publicis’ flagship agency, Publicis Worldwide India, appointed Oindrila Roy as managing director last month. While Priti Murthy joined as president, GroupM Services India, last year. And Pooja Jauhari took over as group CEO of ad agency VMLY&R in May.


Bulchandani, who will join the WPP executive committee, was with McCann group for 26 years before moving to Ogilvy in November 2020, shortly after Main took over as global CEO of the agency.


She was president of the North America business of Ogilvy and was responsible for spearheading iconic campaigns such as Mastercard’s Priceless at the agency.


Bulchandani will now be responsible for all aspects of Ogilvy’s businesses across 131 offices in 93 countries, which look at advertising, public relations, consulting, and health units.


Born and brought up in Amritsar, Bulchandani is one of four siblings. She studied at Welham Girls’ School in Dehradun, followed by St Xavier’s in Mumbai. She also did a Master’s in Communications from the University of Southern California in 1991. She moved to the US after marriage and has worked there since.


Recently, it earned the position of ‘Network of the Year’ at the 2022 Cannes Lions International Festival of Creativity for the first time since 2016 and secured the same honour from The One Show and Campaign magazine. Additionally, it also became the only agency network to secure top rankings on both WARC’s Creative 100 and Effective 100 lists, the company said in a statement.


“Devika is a champion of creativity who brings passion, purpose, and an uncompromising focus on generating impact to everything she does. In partnership with Andy and Liz Taylor, she has been instrumental in Ogilvy’s recent growth and development,” said Mark Read, CEO of WPP.

Sun Sep 18 , 2022
June 11, 2022 When passing by Mount Airy High School along North South Street, one notices the walls, sidewalks and signage of a typical educational institution — but probably don’t realize that a thriving business is also within its confines. During one recent morning at Blue Bear Cafe as the […] 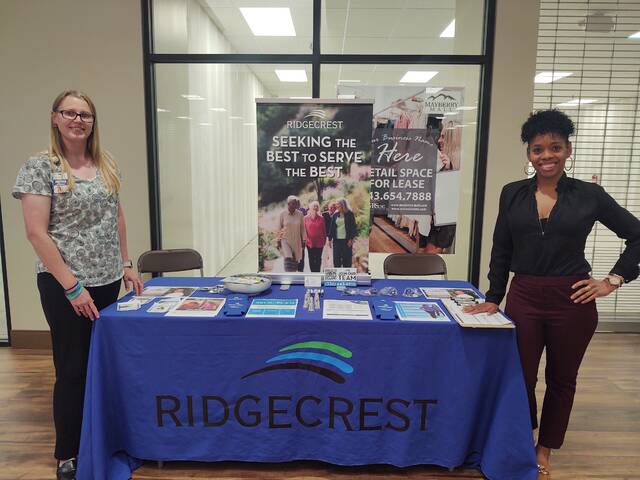